Our new refill kit is compact and convenient! We’ve designed the refill bottle to be easy to hold and pour, and the everyday bottle is light and comfortable for one-hand use. Both bottles can snap together to be conveniently stored under the sink between uses. 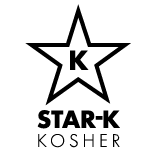 People love the deliciously citrus scent of orange oil, but it’s also one of the toughest degreasers found in nature.

As pioneers in safer cleaning products and ingredient transparency since 1967, we couldn’t be more thrilled that California’s Cleaning Product Right to Know Act of 2017 has reached a key milestone! This historic law is the first in the U.S. to ensure that ingredients used in household and institutional cleaning products will now be disclosed directly on labels and online. What does this mean? Millions of consumers and workers in California now have the information they need to protect their health.

“Designated list” means any of the following, including subsequent revisions when adopted by the authoritative body:

For a quick clean: Spray directly on any water-safe, hard surface and wipe with a lint free cloth or damp sponge. It’s a good idea to spot test painted surfaces in an inconspicuous area prior to use.

Hypoallergenic options
Made with plant-powered ingredients
No dyes, parabens, phosphates or phthalates
Never tested on animals