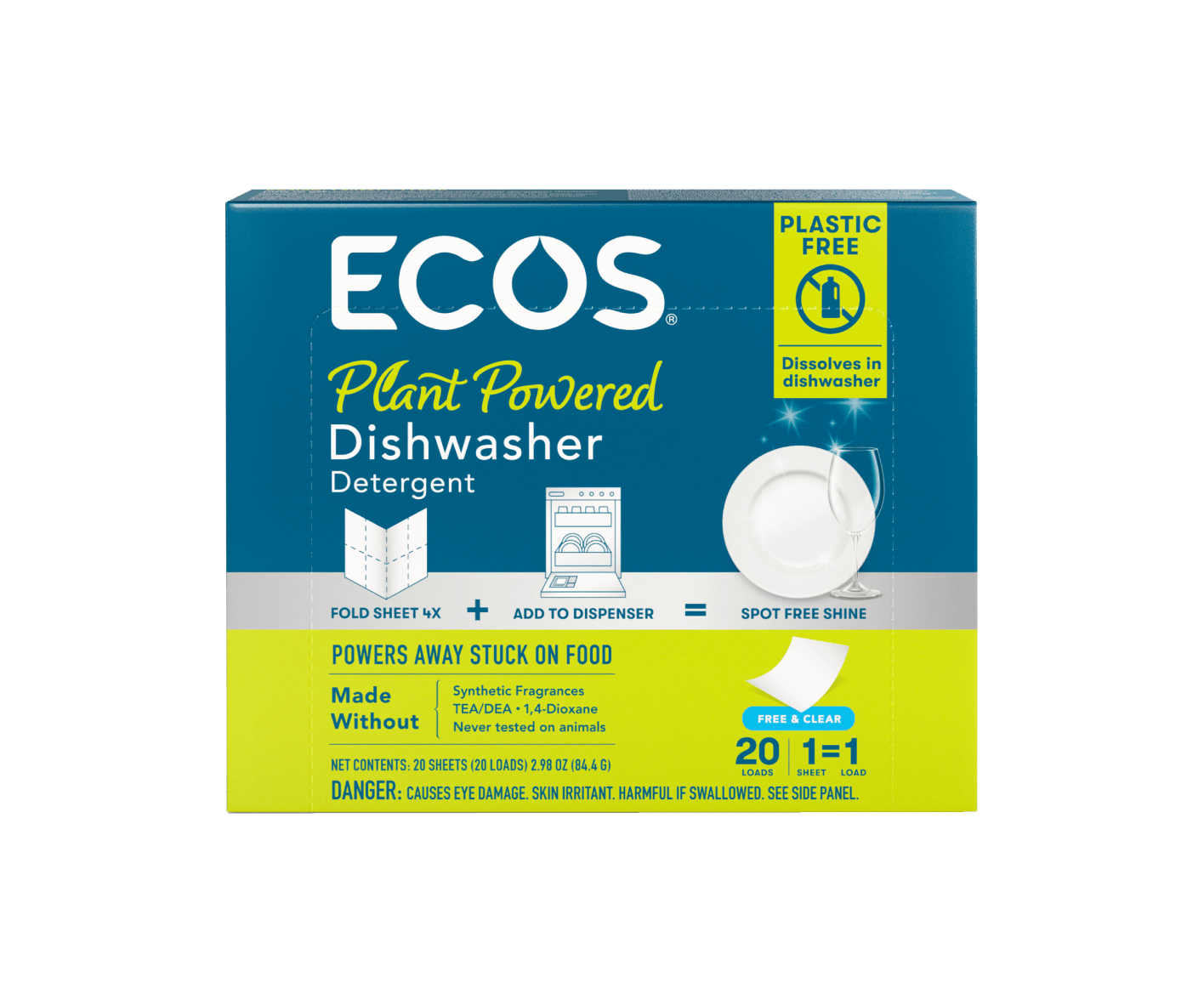 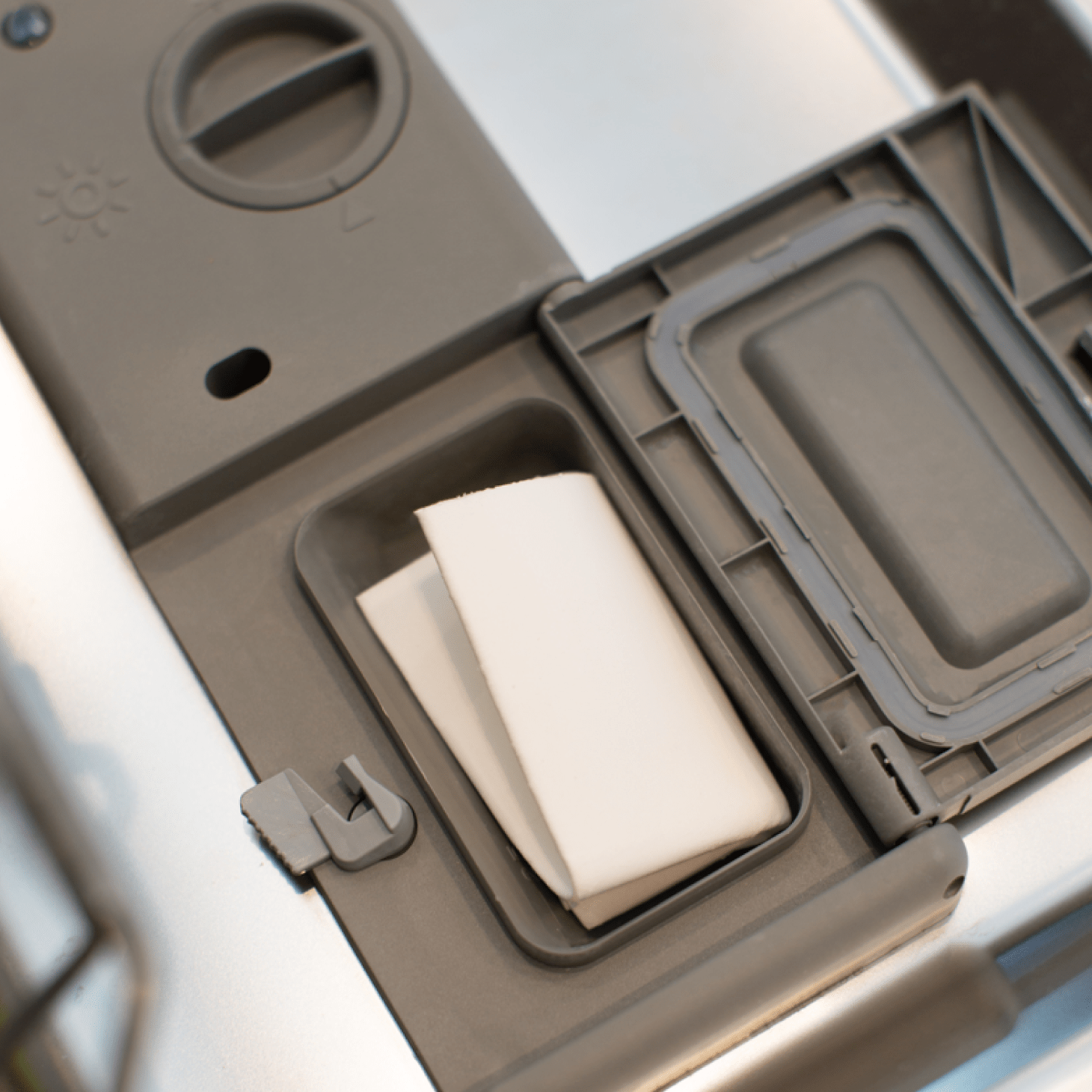 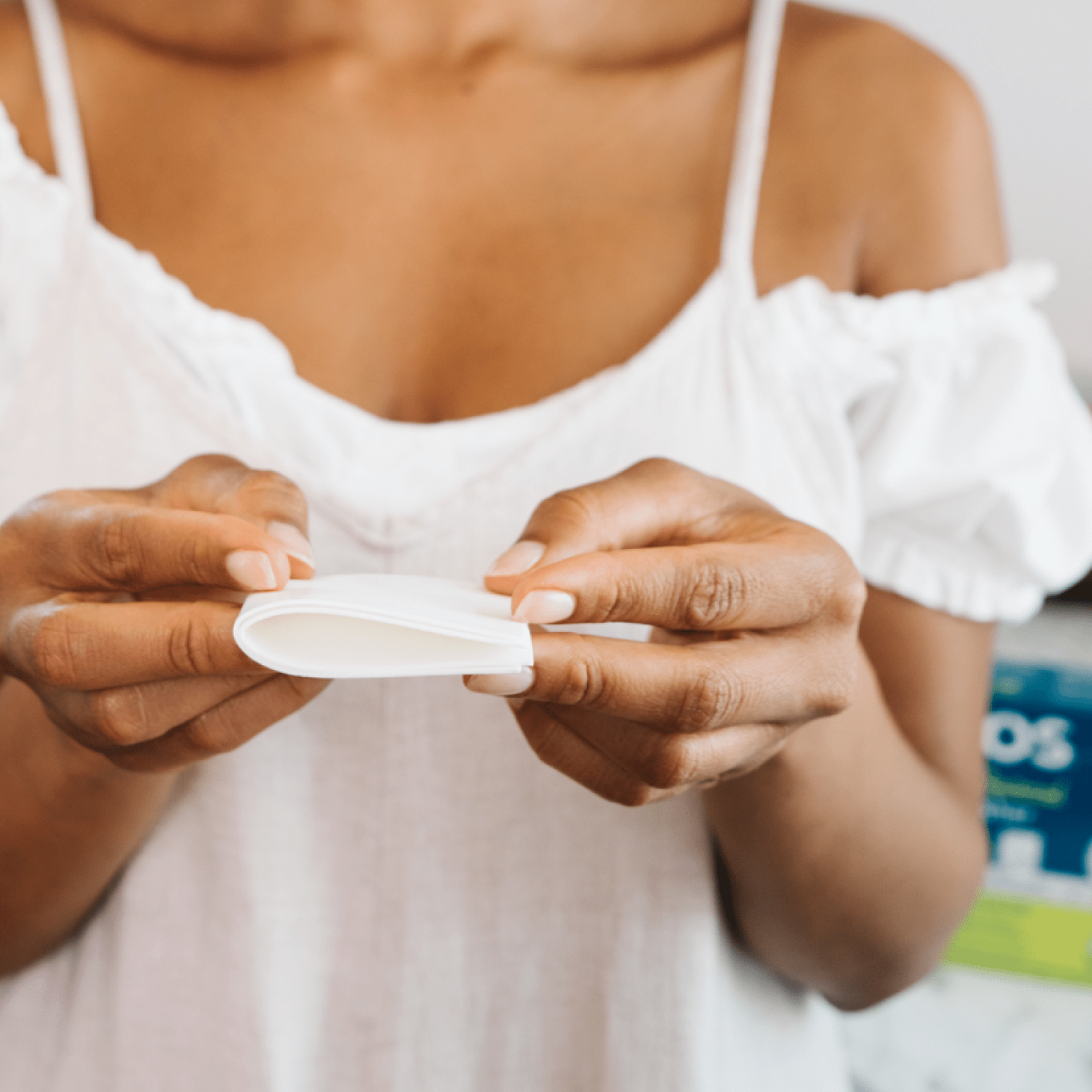 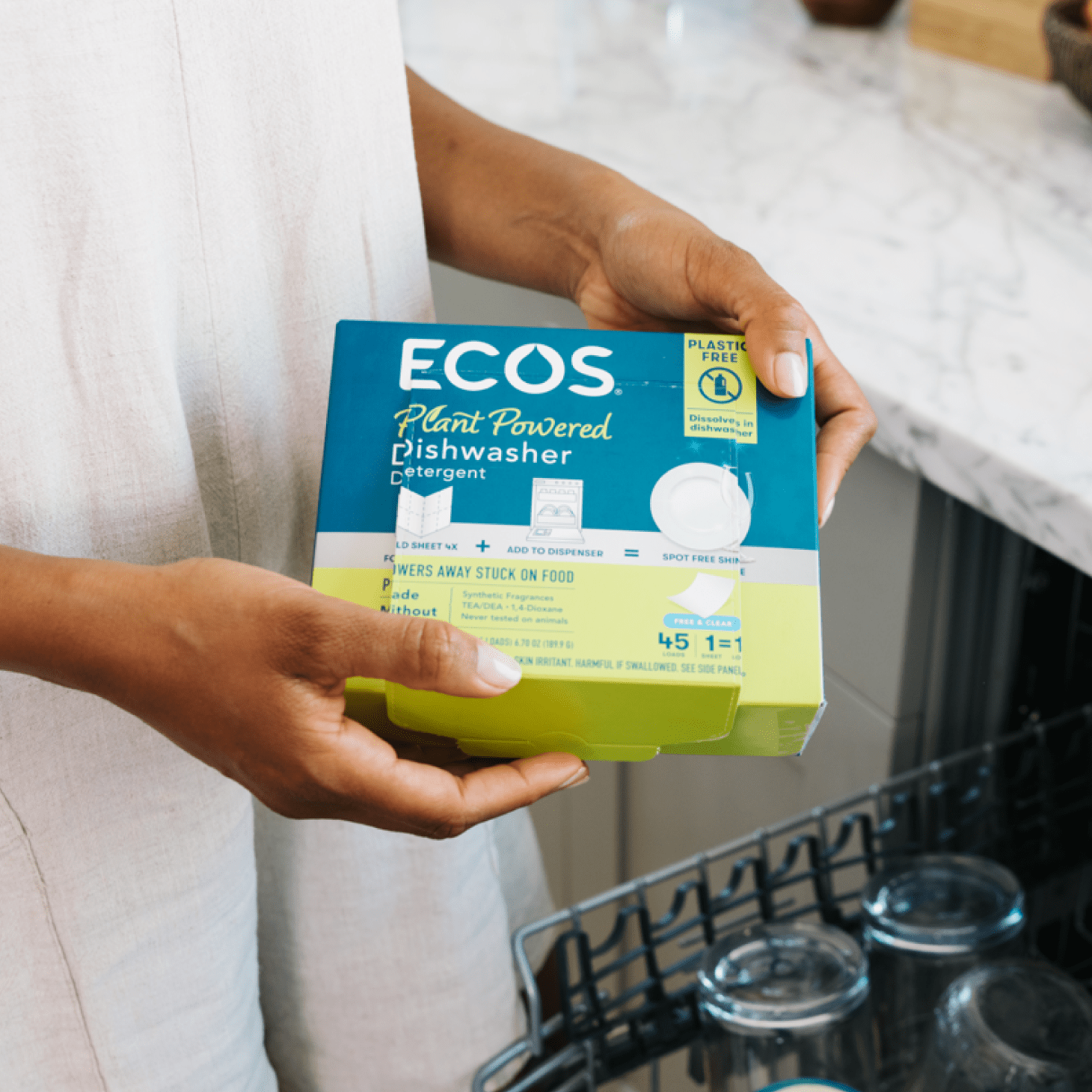 Finally, a dishwasher detergent that is completely plastic-free! When something doesn’t serve a purpose, the most sustainable thing you can do is remove it. You don’t need plastic to run your dishwasher – you just need the detergent. These super easy dishwashing sheets mean no messy liquid dish soap or powder – simply fold 4x and place it in your dishwasher compartment. You’ll get the same spot-free shine, while helping the environment at the same time. Think of it as one more way you can part ways with plastic and strive towards a plastic free lifestyle.

This product is leaping bunny certified, vegan and never tested on animals.

We are proudly women-led and have been family-owned since 1967.

Poke a straw through its shell, and you have the perfect poolside drink. But did you know coconuts are packed with gentle, powerful cleaning properties? They’re also highly renewable—a single coconut tree can produce over 50 coconuts annually and will fruit for up to 80 years.

Learn More
We’re proud to have helped pass the California Cleaning Product Right to Know Act, the first law in the U.S. to require ingredient disclosure for cleaning products.

Designated List
“Designated list” means any of the following, including subsequent revisions when adopted by the authoritative body:
1) Chemicals known to the State of California to cause cancer or reproductive toxicity that are listed pursuant to the Safe Drinking Water and Toxic
Enforcement Act of 1986 (Chapter 6.6 (commencing with Section 25249.5 of Division 20)).
2) Chemicals classified by the European Union as carcinogens, mutagens, or reproductive toxicants pursuant to Category 1A or 1B in Annex VI to
Regulation (EC) 1272/2008.
3) Chemicals included in the European Union Candidate List of Substances of Very High Concern in accordance with Article 59 of Regulation (EC)
1907/2006 on the basis of Article 57(f) for endocrine disrupting properties.
4) Chemicals for which a reference dose or reference concentration has been developed based on neurotoxicity in the federal Environmental Protection
Agency’s Integrated Risk Information System.
5) Chemicals that are identified as carcinogenic to humans, likely to be carcinogenic to humans, or as Group A, B1, or B2 carcinogens in the federal
Environmental Protection Agency’s Integrated Risk Information System.

How to use: Fold the sheet 4 times, place in the dishwasher detergent dispenser and close. Run dishwasher cycle. Keep plastic free dish soap sheets in a cool, dry place.

At ECOS, every footprint counts. From where we place our factories to how our formulas react with the environment, we pay careful attention to the entire life cycle of everything we make. It’s how we’ve managed to become a Climate Positive company and earn over 150 Safer Choice certified products with the U.S. Environmental Protection Agency. Rest assured that when you use an ECOS cleaning product, you’re making a positive contribution to our planet.

We’ve been at the forefront of clean, green chemistry for over 50 years. That means not only is every ingredient we use analyzed and tested for safety and sustainability; we’re also constantly researching new ways to harness the cleaning power found in nature. Rest assured that every ECOS product is scientifically proven to offer a thorough clean, while also protecting the things you care about most.

Definitely! Just like any other conventional dishwasher powder, detergent pods,  or liquid soap, our dishwasher soap  sheets are easily dissolvable in your standard washing cycle.

Yes! Just like all of our cleaning products, our eco-friendly dishwasher detergent is formulated with both you and the Earth in mind. ECOS products are plant-powered, meaning they are free of harmful chemicals like chlorine bleach or any of those other nasties. Be sure to check out all of our other fragrance free cleaning products and invite clean living into your home today!